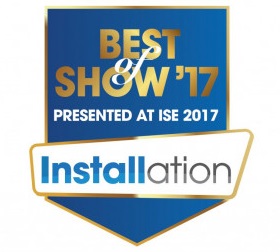 It has been a fantastic start to 2017 for Sensory Guru, which has been awarded its second win of the year, for its Mobile Magic Carpet app based interactive projection system.

The competition recognised the most innovative new products on show at ISE in Amsterdam.

Lee Blemings, CEO of Sensory Guru, said: “It has been a fantastic start to the year. Mobile Magic Carpet can transform the way children learn in classroom environments, as well as stimulating users of all ages and abilities in education and healthcare settings.

“We are working on new innovative products that we expect to launch in the later half of 2017. It is anticipated that these new products will be highly relevant to customers of Magic Carpet.”

Mobile Magic Carpet was also a finalist for the AV News Awards at ISE, which was won by Microsoft Surface Hub.

Book a demonstration of the product here.