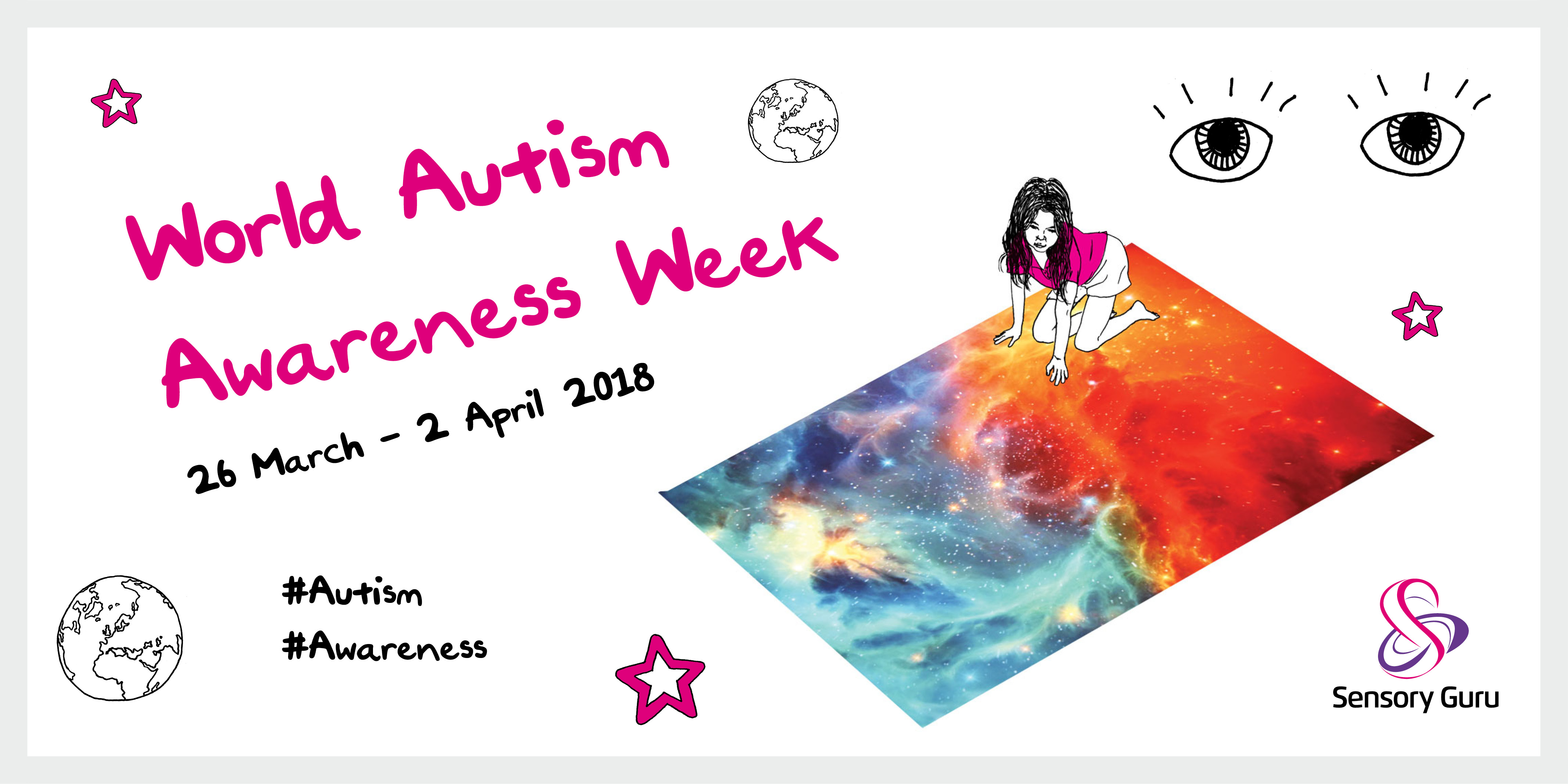 Sensory Guru is working to raise awareness of Autism, as part of #WorldAutismAwarenessWeek. Here, Product Specialist Shaun Fallon recounts one of the most meaningful and memorable moments of his career so far, when working with a child with autism.

“One of the most stand out moments that I have had in my career, was when I was carrying out a demonstration of the Magic Mirror and Magic Carpet, for a boy with autism.

“Before he came into the room, a keyworker warned me that he could be very lively and boisterous and said that he might not get on very well with the equipment.

“After finding out his likes and interests I personalised the room so that it would not be overwhelming.

“I put a relaxing Fish Pond app on the Magic Carpet to create an air of calm in the room and capture his attention. I also put the Micro Matrix app on the Magic Mirror as the application enables you to see yourself in the reflection, which could be highly engaging for the boy if he could recognise himself in the projection.

“Then, he looked up at the wall and saw his reflection in the Magic Mirror.

“He began to spin and move round the room and it was clear from the way he moved around the room that he was loving the experience.

“His keyworker had to leave the room as she was in tears. She had never seen him engage with anything so well.

“I’ve had lots of brilliant demonstrations where there are snap shots of great engagement from users with wildly varying needs, but this one stands out because the expectation of potential to engage for this boy before he entered the room was a million miles away from what he was actually able to achieve.

“He was able to create a connection, in his own unique way, with the interactive content which was responding to him in real time. This provided a brand-new way for him to express himself and was something that had never been witnessed by his key worker or other teachers up until that point.”

Did you know that there are approximately 700,000 people with autism in the UK? This equates to more than 1 in every 100 people.

People are becoming increasingly aware of neurodiversity thanks to events like World Autism Awareness Week, which is helping to ensure that we live in a more understanding and inclusive society.